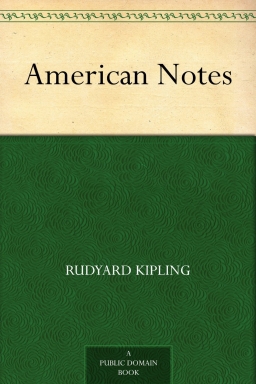 Shakespeare and the Modern Stage

Saigon city beat - on Its Culture, Viewpoints and Gourmet

In an issue of the London World in April, 1890, there appeared the following paragraph: "Two small rooms connected by a tiny hall afford sufficient space to contain Mr. Rudyard Kipling, the literary hero of the present hour, 'the man who came from nowhere,' as he says himself, and who a year ago was consciously nothing in the literary world."

Six months previous to this Mr. Kipling, then but twenty-four years old, had arrived in England from India to find that fame had preceded him. He had already gained fame in India, where scores of cultured and critical people, after reading "Departmental Ditties," "Plain Tales from the Hills," and various other stories and verses, had stamped him for a genius.

Fortunately for everybody who reads, London interested and stimulated Mr. Kipling, and he settled down to writing. "The Record of Badalia Herodsfoot," and his first novel, "The Light that Failed," appeared in 1890 and 1891; then a collection of verse, "Life's Handicap, being stories of Mine Own People," was published simultaneously in London and New York City; then followed more verse, and so on through an unending series.

In 1891 Mr. Kipling met the young author Wolcott Balestier, at that time connected with a London publishing house. A strong attachment grew between the two, and several months after their first meeting they came to Mr. Balestier's Vermont home, where they collaborated on "The Naulahka: A Story of West and East," for which The Century paid the largest price ever given by an American magazine for a story. The following year Mr. Kipling married Mr. Balestier's sister in London and brought her to America.

The Balestiers were of an aristocratic New York family; the grandfather of Mrs. Kipling was J. M. Balestier, a prominent lawyer in New York City and Chicago, who died in 1888, leaving a fortune of about a million. Her maternal grandfather was E. Peshine Smith of Rochester, N. Y., a noted author and jurist, who was selected in 1871 by Secretary Hamilton Fish to go to Japan as the Mikado's adviser in international law. The ancestral home of the Balestiers was near Brattleboro', Vt., and here Mr. Kipling brought his bride. The young Englishman was so impressed by the Vermont scenery that he rented for a time the cottage on the "Bliss Farm," in which Steele Mackaye the playwright wrote the well known drama "Hazel Kirke."

The next spring Mr. Kipling purchased from his brother-in-law, Beatty Balestier, a tract of land about three miles north of Brattleboro', Vt., and on this erected a house at a cost of nearly $50,000, which he named "The Naulahka." This was his home during his sojourn in America. Here he wrote when in the mood, and for recreation tramped abroad over the hills. His social duties at this period were not arduous, for to his home he refused admittance to all but tried friends. He made a study of the Yankee country dialect and character for "The Walking Delegate," and while "Captains Courageous," the story of New England fisher life, was before him he spent some time among the Gloucester fishermen with an acquaintance who had access to the household gods of these people.

He returned to England in August, 1896, and did not visit America again till 1899, when he came with his wife and three children for a limited time.

It is hardly fair to Mr. Kipling to call "American Notes" first impressions, for one reading them will readily see that the impressions are superficial, little thought being put upon the writing. They seem super-sarcastic, and would lead one to believe that Mr. Kipling is antagonistic to America in every respect. This, however, is not true. These "Notes" aroused much protest and severe criticism when they appeared in 1891, and are considered so far beneath Mr. Kipling's real work that they have been nearly suppressed and are rarely found in a list of his writings. Their very caustic style is of interest to a student and lover of Kipling, and for this reason the publishers believe them worthy of a good binding.

With the Night Mail

The Man Who Would Be King

Plain Tales from the Hills