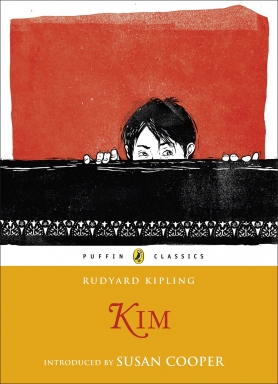 Myths That Every Child Should Know; A Selection Of The Classic Myths Of All Times For Young People

Sara Crewe: or, What happened at Miss Minchin's boarding school

Kim is a novel by Nobel Prize-winning English author Rudyard Kipling. It was first published serially in McClure's Magazine from December 1900 to October 1901 as well as in Cassell's Magazine from January to November 1901, and first published in book form by Macmillan & Co. Ltd in October 1901. The story unfolds against the backdrop of The Great Game, the political conflict between Russia and Britain in Central Asia. It is set after the Second Afghan War which ended in 1881, but before the Third, probably in the period 1893 to 1898.

The novel is notable for its detailed portrait of the people, culture, and varied religions of India. "The book presents a vivid picture of India, its teeming populations, religions, and superstitions, and the life of the bazaars and the road."

Kim (Kimball O'Hara) is the orphaned son of an Irish soldier and a poor Irish mother who have both died in poverty. Living a vagabond existence in India under British rule in the late 19th century, Kim earns his living by begging and running small errands on the streets of Lahore. He occasionally works for Mahbub Ali, a Pashtun horse trader who is one of the native operatives of the British secret service. Kim is so immersed in the local culture, few realise he is a white child, though he carries a packet of documents from his father entrusted to him by an Indian woman who cared for him.

Kim befriends an aged Tibetan Lama who is on a quest to free himself from the Wheel of Things by finding the legendary River of the Arrow. Kim becomes his chela, or disciple, and accompanies him on his journey. On the way, Kim incidentally learns about parts of the Great Game and is recruited by Mahbub Ali to carry a message to the head of British intelligence in Umballa. Kim's trip with the lama along the Grand Trunk Road is the first great adventure in the novel.

By chance, Kim's father's regimental chaplain identifies Kim by his Masonic certificate, which he wears around his neck, and Kim is forcibly separated from the lama. The lama insists that Kim should comply with the chaplain's plan because he believes it is in Kim's best interests, and the boy is sent to a top English school in Lucknow. The lama funds Kim's education.

The Patchwork Girl of Oz

Fairy Tales Every Child Should Know

Prince Ricardo of Pantouflia; being the adventures of Prince Prigio's son

With the Night Mail

The Man Who Would Be King

Plain Tales from the Hills