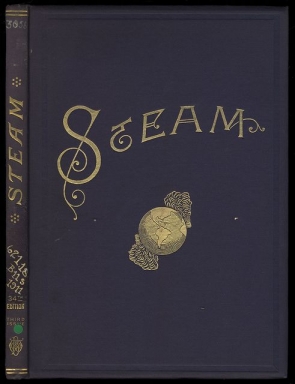 Saigon city beat - on Its Culture, Viewpoints and Gourmet

How to Tell a Story, and Other Essays

While the time of man’s first knowledge and use of the expansive force of the vapor of water is unknown, records show that such knowledge existed earlier than 150 B. C. In a treatise of about that time entitled “Pneumatica”, Hero, of Alexander, described not only existing devices of his predecessors and contemporaries but also an invention of his own which utilized the expansive force of steam for raising water above its natural level. He clearly describes three methods in which steam might be used directly as a motive of power; raising water by its elasticity, elevating a weight by its expansive power and producing a rotary motion by its reaction on the atmosphere. The third method, which is known as “Hero’s engine”, is described as a hollow sphere supported over a caldron or boiler by two trunnions, one of which was hollow, and connected the interior of the sphere with the steam space of the caldron. Two pipes, open at the ends and bent at right angles, were inserted at opposite poles of the sphere, forming a connection between the caldron and the atmosphere. Heat being applied to the caldron, the steam generated passed through the hollow trunnion to the sphere and thence into the atmosphere through the two pipes. By the reaction incidental to its escape through these pipes, the sphere was caused to rotate and here is the primitive steam reaction turbine.

Hero makes no suggestions as to application of any of the devices he describes to a useful purpose. From the time of Hero until the late sixteenth and early seventeenth centuries, there is no record of progress, though evidence is found that such devices as were described by Hero were sometimes used for trivial purposes, the blowing of an organ or the turning of a skillet.

How to Tell a Story, and Other Essays

Children in Prison and Other Cruelties of Prison Life