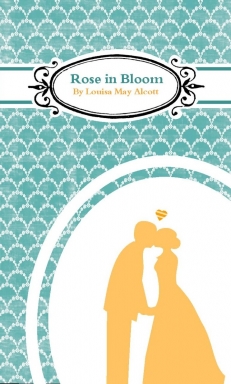 Myths That Every Child Should Know; A Selection Of The Classic Myths Of All Times For Young People

Sara Crewe: or, What happened at Miss Minchin's boarding school

Written by Louisa May Alcott, Rose in Bloom depicts the story of a nineteenth-century girl, Rose Campbell, finding her way in society. Sequel to Eight Cousins.

The story begins when Rose returns home from a long trip to Europe. Everyone has changed. As a joke, Rose lines up her seven cousins to take a long look at them, just as they did with her when they first met. The youngest accidentally mentions that the aunts want Rose to marry one of her cousins to keep her fortune in the family. Rose is very indignant, for she has decided ideas about what her future holds. From the beginning, she declares that she can manage her property well on her own and that she will focus on philanthropic work. Charlie has already decided she is marked out for him, with the approval of his mother.

Phebe also comes home no longer the servant that Rose "adopted" but as a young lady with a cultured singing ability. Rose challenges anyone who would look down on "her Phebe", and she is readily accepted as part of the Campbell clan until Archie falls in love with her: the family feel that Archie would be marrying beneath himself. Phebe's pride and debt to the family make her wish to prove herself before she will accept Archie; so she leaves the Campbells' home and sets off to make a name for herself as a singer, to try to earn the respect of her adopted family.

After some time at home, Rose has her "coming out" into society, much to her Uncle Alec's chagrin. She promises to try high society for only three months. During that time, her cousin Charlie falls in love with her and tries in various ways to woo her. Rose begins to give in to his charm, but he derails the budding romance by coming to her house, late one night, very drunk. This ruins all her respect for him and she sees how unprincipled he really is. After the three months are up, Rose begins to focus on her philanthropic projects and convinces Charlie to try to refrain from alcohol and other frivolous things, in order to win her love and respect.

The Tin Woodman of Oz

A Garland for Girls

Kitty's Class Day and Other Stories

The Mysterious Key and What It Opened