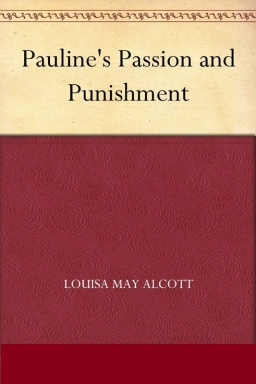 Songs Of The Road

The Captain of the Polestar, and Other Tales

The Wanderings of a Spiritualist

Last of the Mohicans

Ayesha, the Return of She

To and fro, like a wild creature in its cage, paced that handsome woman, with bent head, locked hands, and restless steps. Some mental storm, swift and sudden as a tempest of the tropics, had swept over her and left its marks behind. As if in anger at the beauty now proved powerless, all ornaments had been flung away, yet still it shone undimmed, and filled her with a passionate regret. A jewel glittered at her feet, leaving the lace rent to shreds on the indignant bosom that had worn it; the wreaths of hair that had crowned her with a woman's most womanly adornment fell disordered upon shoulders that gleamed the fairer for the scarlet of the pomegranate flowers clinging to the bright meshes that had imprisoned them an hour ago; and over the face, once so affluent in youthful bloom, a stern pallor had fallen like a blight, for pride was slowly conquering passion, and despair had murdered hope.

Pausing in her troubled march, she swept away the curtain swaying in the wind and looked out, as if imploring help from Nature, the great mother of us all. A summer moon rode high in a cloudless heaven, and far as eye could reach stretched the green wilderness of a Cuban cafetal. No forest, but a tropical orchard, rich in lime, banana, plantain, palm, and orange trees, under whose protective shade grew the evergreen coffee plant, whose dark-red berries are the fortune of their possessor, and the luxury of one-half the world. Wide avenues diverging from the mansion, with its belt of brilliant shrubs and flowers, formed shadowy vistas, along which, on the wings of the wind, came a breath of far-off music, like a wooing voice; for the magic of night and distance lulled the cadence of a Spanish contradanza to a trance of sound, soft, subdued, and infinitely sweet. It was a southern scene, but not a southern face that looked out upon it with such unerring glance; there was no southern languor in the figure, stately and erect; no southern swarthiness on fairest cheek and arm; no southern darkness in the shadowy gold of the neglected hair; the light frost of northern snows lurked in the features, delicately cut, yet vividly alive, betraying a temperament ardent, dominant, and subtle. For passion burned in the deep eyes, changing their violet to black. Pride sat on the forehead, with its dark brows; all a woman's sweetest spells touched the lips, whose shape was a smile; and in the spirited carriage of the head appeared the freedom of an intellect ripened under colder skies, the energy of a nature that could wring strength from suffering, and dare to act where feebler souls would only dare desire.

Standing thus, conscious only of the wound that bled in that high heart of hers, and the longing that gradually took shape and deepened to a purpose, an alien presence changed the tragic atmosphere of that still room and woke her from her dangerous mood. A wonderfully winning guise this apparition wore, for youth, hope, and love endowed it with the charm that gives beauty to the plainest, while their reign endures. A boy in any other climate, in this his nineteen years had given him the stature of a man; and Spain, the land of romance, seemed embodied in this figure, full of the lithe slenderness of the whispering palms overhead, the warm coloring of the deep-toned flowers sleeping in the room, the native grace of the tame antelope lifting its human eyes to his as he lingered on the threshold in an attitude eager yet timid, watching that other figure as it looked into the night and found no solace there.

A Garland for Girls

Kitty's Class Day and Other Stories