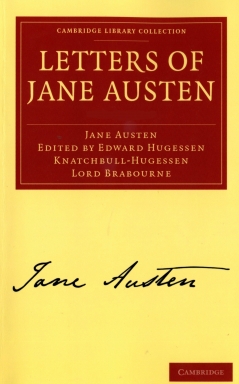 The Letters of Jane Austen

The Man Shakespeare and His Tragic Life Story

Oscar Wilde, His Life and Confessions

The Journal of Sir Walter Scott

Johann Sebastian Bach : The story of the boy who sang in the streets

Beethoven: The story of a little boy who was forced to practice

Chopin: The Story of the Boy Who Made Beautiful Melodies

The  recent cult for Miss Austen, which has resulted in no less than ten new editions of her novels within a decade and three memoirs by different hands within as many years, have made the facts of her life familiar to most readers. It was a short life, and an uneventful one as viewed from the standpoint of our modern times, when steam and electricity have linked together the ends of the earth, and the very air seems teeming with news, agitations, discussions. We have barely time to recover our breath between post and post; and the morning paper with its statements of disaster and its hints of still greater evils to be, is scarcely out-lived, when, lo! in comes the evening issue, contradicting the news of the morning, to be sure, but full of omens and auguries of its own to strew our pillows with the seed of wakefulness.

To us, publications come hot and hot from the press. Telegraphic wires like the intricate and incalculable zigzags of the lightning ramify above our heads; and who can tell at what moment their darts may strike? In Miss Austen's day the tranquil, drowsy, decorous English day of a century since, all was different. News travelled then from hand to hand, carried in creaking post-wagons, or in cases of extreme urgency by men on horseback. When a gentleman journeying in his own "chaise" took three days in going from Exeter to London, a distance now covered in three hours of railroad, there was little chance of frequent surprises. Love, sorrow, and death were in the world then as now, and worked their will upon the sons of men; but people did not expect happenings every day or even every year. No doubt they lived the longer for this exemption from excitement, and kept their nerves in a state of wholesome repair; but it goes without saying that the events of which they knew so little did not stir them deeply.

Miss Austen's life coincided with two of the momentous epochs of history,—the American struggle for independence, and the French Revolution; but there is scarcely an allusion to either in her letters. She was interested in the fleet and its victories because two of her brothers were in the navy and had promotion and prize-money to look forward to. In this connection she mentions Trafalgar and the Egyptian expedition, and generously remarks that she would read Southey's "Life of Nelson" if there was anything in it about her brother Frank! She honors Sir John Moore by remarking after his death that his mother would perhaps have preferred to have him less distinguished and still alive; further than that, the making of the gooseberry jam and a good recipe for orange wine interests her more than all the marchings and countermarchings, the man[oe]uvres and diplomacies, going on the world over. In the midst of the universal vortex of fear and hope, triumph and defeat, while the fate of Britain and British liberty hung trembling in the balance, she sits writing her letters, trimming her caps, and discussing small beer with her sister in a lively and unruffled fashion wonderful to contemplate. "The society of rural England in those days," as Mr. Goldwin Smith happily puts it, "enjoyed a calm of its own in the midst of the European tempest like the windless centre of a circular storm."

The Man Shakespeare and His Tragic Life Story

Beethoven: The story of a little boy who was forced to practice

The Story of Young Abraham Lincoln

The Letters of Jane Austen