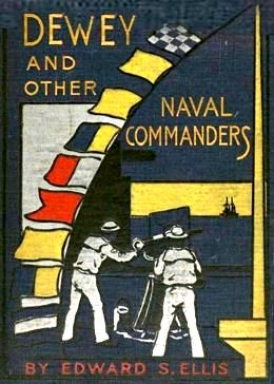 Is Shakespeare Dead? From My Autobiography

I purpose telling you in the following pages about the exploits of the gallant men who composed the American Navy, beginning with the Revolution and ending with the story of their wonderful deeds in our late war with Spain. You can never read a more interesting story, nor one that will make you feel prouder of your birthright. While our patriot armies have done nobly, it is none the less true that we never could have become one of the greatest nations in the world without the help of our heroic navy. Our warships penetrated into all waters of the globe, and made people, whether barbarous or civilized, respect and fear the Stars and Stripes.

This is due in a great measure to the bravery of our naval heroes, who did not fear to meet Great Britain, the "mistress of the seas," when her navy outnumbered ours one hundred to one. England is now our best friend, and no doubt will always remain so. Never again can there be war between her and us, and it will not be strange that one of these days, if either gets into trouble, the American and English soldiers will "drink from the same canteen," which is another way of saying they will fight side by side, as they did a short time ago in Samoa. All the same, our brethren across the ocean are very willing to own that we fought them right well. Indeed, they think all the more of us for having done so. You know that one brave man always likes another who is as brave as himself, just as Northerners and Southerners love each other, and are all united under one flag, which one side defended and the other fought against, through long years, terrible years from 1861 to 1865.

The decks of no ships have ever been trodden by braver men than our American sailors. There are no more heroic deeds in all history than those of Paul Jones, Porter, Hull, Decatur, Perry, Cushing, Farragut, Worden, Dewey, Schley, Evans, Philip, Hobson and scores of others, who have braved what seemed certain death for the glory of our flag. Many gave up their lives in its defence, and their names form one of the proudest and most cherished heritages that can descend to a grateful country.

So, I repeat, I am sure you will be interested and instructed in learning the story of the heroes who have done so much for us; and their example cannot fail to inspire you with loftier heroism, greater devotion, and deeper resolve to do all you can for our favored land, which is the fairest that ever sun shone upon.

Oscar Wilde, His Life and Confessions

Johann Sebastian Bach : The story of the boy who sang in the streets

The Story of Young Abraham Lincoln

The Journal of Sir Walter Scott