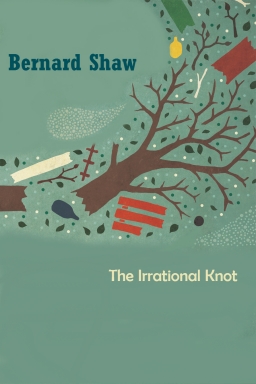 This novel was written in the year 1880, only a few years after I had exported myself from Dublin to London in a condition of extreme rawness and inexperience concerning the specifically English side of the life with which the book pretends to deal. Everybody wrote novels then. It was my second attempt; and it shared the fate of my first. That is to say, nobody would publish it, though I tried all the London publishers and some American ones. And I should not greatly blame them if I could feel sure that it was the book's faults and not its qualities that repelled them.

I have narrated elsewhere how in the course of time the rejected MS. became Mrs. Annie Besant's excuse for lending me her ever helping hand by publishing it as a serial in a little propagandist magazine of hers. That was how it got loose beyond all possibility of recapture. It is out of my power now to stand between it and the American public: all I can do is to rescue it from unauthorized mutilations and make the best of a jejune job.

At present, of course, I am not the author of The Irrational Knot. Physiologists inform us that the substance of our bodies (and consequently of our souls) is shed and renewed at such a rate that no part of us lasts longer than eight years: I am therefore not now in any atom of me the person who wrote The Irrational Knot in 1880. The last of that author perished in 1888; and two of his successors have since joined the majority. Fourth of his line, I cannot be expected to take any very lively interest in the novels of my literary great-grandfather. Even my personal recollections of him are becoming vague and overlaid with those most misleading of all traditions, the traditions founded on the lies a man tells, and at last comes to believe, about himself to himself. Certain things, however, I remember very well. For instance, I am significantly clear as to the price of the paper on which I wrote The Irrational Knot. It was cheap—a white demy of unpretentious quality—so that sixpennorth lasted a long time. My daily allowance of composition was five pages of this demy in quarto; and I held my natural laziness sternly to that task day in, day out, to the end. I remember also that Bizet's Carmen being then new in London, I used it as a safety-valve for my romantic impulses. When I was tired of the sordid realism of Whatshisname (I have sent my only copy of The Irrational Knot to the printers, and cannot remember the name of my hero) I went to the piano and forgot him in the glamorous society of Carmen and her crimson toreador and yellow dragoon. Not that Bizet's music could infatuate me as it infatuated Nietzsche. Nursed on greater masters, I thought less of him than he deserved; but the Carmen music was—in places—exquisite of its kind, and could enchant a man like me, romantic enough to have come to the end of romance before I began to create in art for myself.

The Haunted Hotel: A Mystery of Modern Venice

The Trembling of a Leaf: Little Stories of the South Sea Islands